What Are Magnetic Screen Doors? 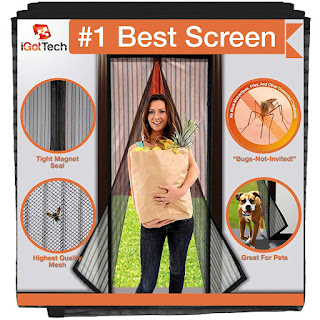 Chances are that you’ve probably seen a screen door at some point before. They’re typically made out of either aluminum or wood, come with some special mechanism that closes them automatically, and then there’s the mesh portion of the door. The mesh is the part of the door that’s most important because that’s what's responsible for keeping out the insects and other smaller debris that may have otherwise made their way into your house.

Magnetic screen doors are similarly designed for the purposes of preventing bugs and debris from entering the home, but they do differ in some ways.

The magnetic screen doors available on the market are typically installed on top of the standard doors, and they come with features that will allow them to stay in place even as people move through them. Furthermore, unlike the screen doors that still open and close like normal ones, magnetic screen doors feature a seam down the middle that people can then go through when they are entering and exiting th…
2 comments
Read more